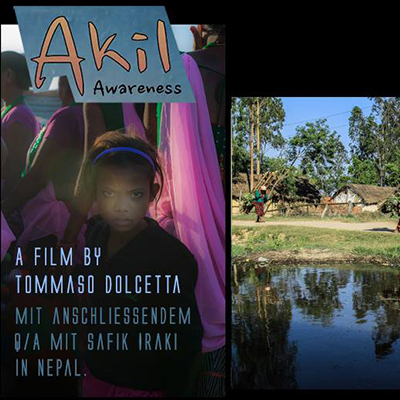 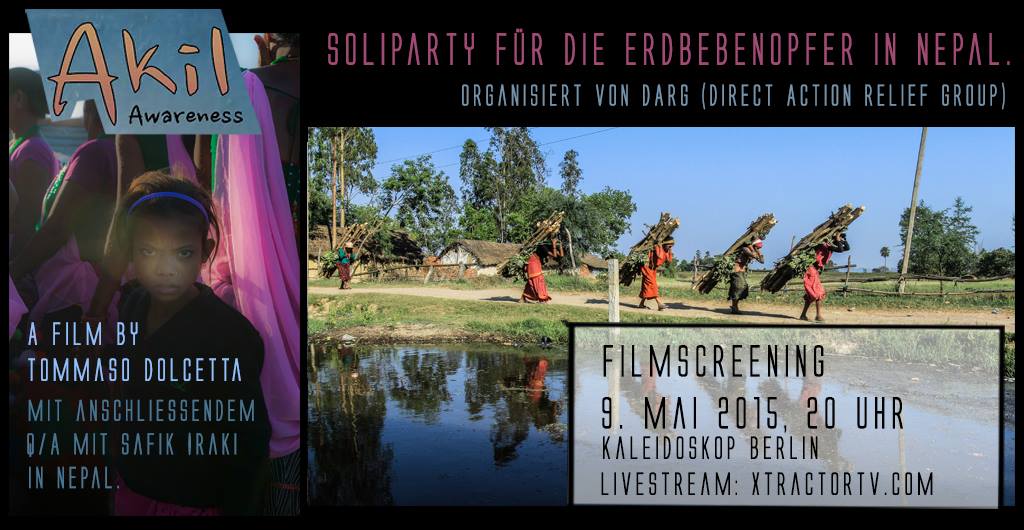 Direct Action Relief Group – DARG is organising a Soli Party this Saturday to collect funds to support some DIRECT relief actions for those affected by the earthquake in Nepal.

We will screen the documenrary “Akil – Awareness – One Man’s Quest for His Rights ” that tells the story of Baburam Chaudhary, who was born as a bonded labourer (Kamaiya) in the remote Kailali district of Western Nepal. In 2000, Baburam was freed after the government’s decision to abolish the Kamaiya system of debt-bondage. Baburam became a local leader of a political movement of Kamaiyas, which emerged in the midst of Nepal’s Maoist insurgency.

After we will hold an online Q & A with Safik Iraki in Nepal. Safik will update us from Nepal about the current situation there.

And then, of course trinken und tanzen.